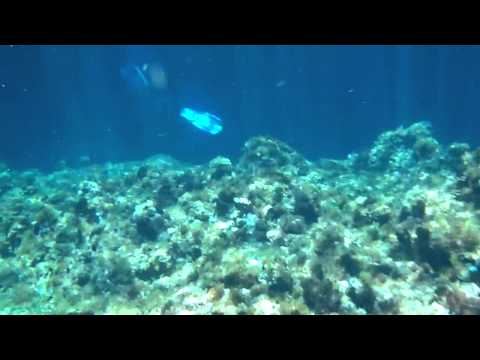 1/ There are cranes almost everywhere you look in Malta. Look down almost any street and you are likely to see one or more cranes. In some areas like Attard entire roads are closed with building work. So much construction work going on surely giving work to many.
2/ The black asylum seekers do not seem to be hanging around so much. I assume they have been given construction work. Also agricultural work available. And the guys doing garbage collection seem to generally be black. They manage to do the job almost running in between garbage pickups. But employment rights and conditions look to be harsh. I read that one refuse collector in Gozo got fired because he took a day off sick.
3/ I further researched the goings on outside the "gentlemans clubs" in St Julians. There are around 6 or 7 expensive hotels close to the centre of St Julians. I stayed in the Intercontinental Hotel for around 160 euros per night but for the money the facilities were quite poor. I guess it is expensive because it is St Julians. Yes St Julians has 2 casinos, restaurants, a bowling alley and a cinema but right at the heart of St Julians is the defining line of about 6 "gentlemans clubs" along a pedestrianised walk connecting one end of St Julians to the other. It is difficult to walk round avoiding this walk, you need to walk up round by the Dragonara hotel as a detour. Anyway I took the Dragonara route to get to the other end of St Julians from the Intercontinental Hotel one evening. There were six policemen standing at the top end of the "gentlemans clubs" pedestrian walk. There were female "coaxers" in view to entice punters into the clubs but they looked to be fairly innocuous. Anyway I though I would brave the pedestrian walk to go back to the hotel rather than go than go the long way round by the Dragonara. The first set of "coaxers" just made some suggestive remarks as I walked past. But as I went on, the "coaxers" for the other "gentlemans clubs" were much more forceful - too far away be seen by the police. At one narrow point, three female "coaxers" stood in a line blocking my way so I had to barge past them. At another point my arm was grabbed (this happened to me when I visited a few months earlier). I saw one "coaxer" in a skimpy dress completely wrap her arms around a pedestrian as he walked along - he managed to brush her off. The first time I heard about these "gentlemans clubs" last year I immediately looked them up on Google reviews. The reviews were appalling and spelt out you were almost certain to get scammed. The clubs invest so much time and effort trying to coax punters in, they are obviously going to screw the poor punter for as much they can get away with. It is straight forward coercion and it is shocking. They hope especially to manipulate a would be punter who has already had a few drinks thus would have diminished judgement, and had not seen the shocking Google reviews. I only saw very few punters go into the clubs so they are bound to get screwed for every penny possible to help financially support the clubs. It is difficult to understand why the nearby hotels and restaurants do not insist on a crackdown on these "coaxers". The hotels still somehow manage to be expensive although surely some people must stay away because of St Julians' reputation. If the "gentlemans clubs" were there but without the "coaxers" it wouldnt be half as bad. I did see an edict some time go that there should just be only one "coaxer" per club but that seems to have been forgotten about. It is difficult to understand how the "gentlemans clubs" manage to get enough feckless punters in to survive. The "gentleman's clubs" are open from 10pm to 4am. They might actually get more punters if they cut out all the coercion and the time and effort they spend doing it. The "coaxers" wouldnt have to paid by the clubs for standing outside coaxing for up to 6 hours each night. Would also improve St Julians' reputation. Madness.